What Our Customers Say

“Among several commercial services who have claimed to be specialized to generate mouse models with genetic modifications, I recognize that Cyagen is one of the best. We are looking forward to having more cooperation with them.”

Request a Quote or Information 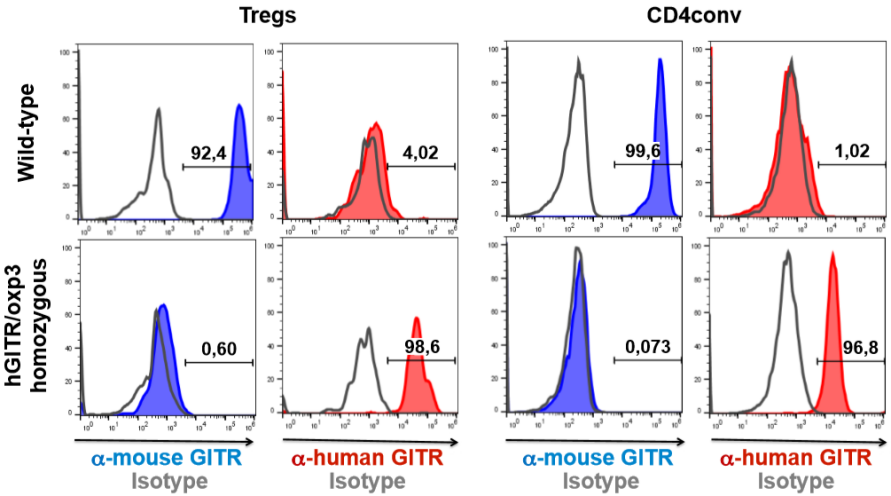 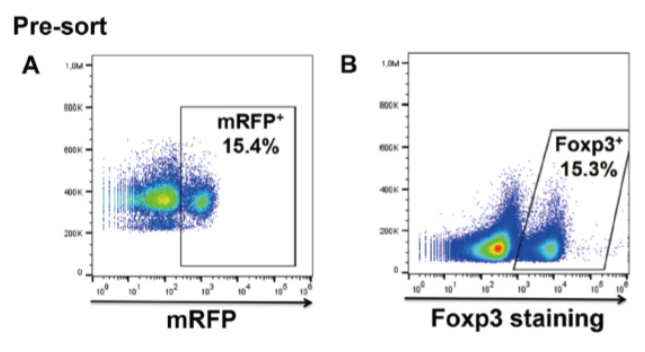 Figure 3. Suppressive function of Treg is preserved. Isolated CD4+CD25- Teff cells were labeled with CTV and cultured with various concentrations of isolated RFP+ Treg cells in presence of antigen-presenting cells treated with mitomycin and αCD3 for 4 days. Proliferation was assessed by flow cytometry (CTV+ cells) on viable cells.

Figure 4. In humanized GITR (hGITR) mice, treatment with hGITR monoclonal antibody can exert an anti-tumor effect. Homozygous hGITR mice were implanted with MB49 bladder cancer cells, and tumor growth was inhibited after the treatment of anti-hGITR.