What Our Customers Say

“Among several commercial services who have claimed to be specialized to generate mouse models with genetic modifications, I recognize that Cyagen is one of the best. We are looking forward to having more cooperation with them.”

Request a Quote or Information

This reliable Foxp3 reporter mouse model allows you to efficiently monitor and sort Foxp3-expressing cells from different lymphocyte lineages and lymphoid organs, and represents a powerful drug testing tool to:

This model is widely used and validated, with more than 50 publications available from independent renowned laboratories. 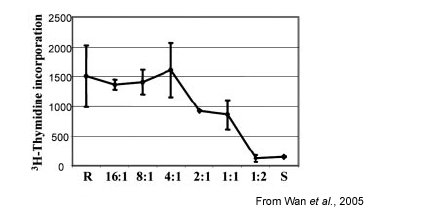 Figure 2. mRFP expression does not compromise the regulatory activity of Foxp3-expressing T cells in vivo. The immunosuppressive function of Foxp3-expressing cells is not impaired when mRFP is co-expressed. CD4+mRFP+ suppressor (S) and CD4+CD25-mRFP- responder (R) T cells were purified by FACS. Suppressor and responder cells were either cultured alone or mixed at indicated ratios (R: S), whereas the number of responder cells remained the same. T cells were activated by soluble anti-CD3 and anti-CD28 antibodies in the presence of irradiated APCs. Three days after stimulation, T cell proliferation was measured by a [3H] thymidine incorporation assay.